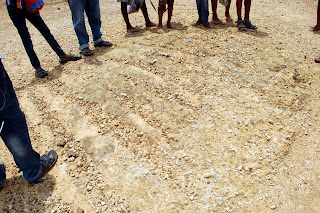 The site has a ancient lime concrete mound with strange straight lines. After carefully examining the structure Manganur Manikandan  opined that Amabalathidal has lots of evidences for human existence of ancient periods . The new discovery helps us to understand the real age of the site . Usually Labyrinth Mounds are dated back to 3000 years . This is a very important clue to realize the age of the site.

Labyrinth Mounds Around the World 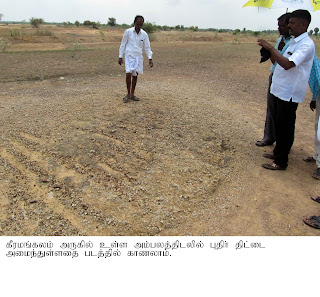 Labyrinth Mounds retains their shape only if they are in lonely places away from human movements . They will escape sabotage if they are located in the places of worship . The discovery of the ancient place of worship ,the  mound in Amabalthidal is the very first of its kind in the district . A calcium mound of 20 feet length and breadth , has rectangular shaped maze carvings . The pottery marks found in the site give us a clue that these ancient structures 3 thousand  years old  opined Kalvettu Rajendran . 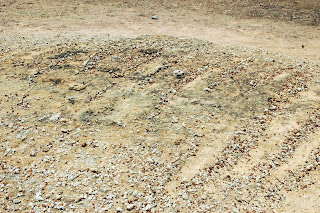 He also stated that it is a time critical mission , that State Archaeological Department and Archaeological Survey of India should take care of this site and conduct an immediate filed study . This site may rewrite the Tamil Nadu Archaeological Explorations . 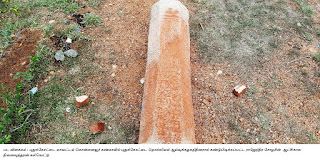